If your property — perhaps a hospital or an office park — has a need for wayfinding signs, you'll want to take the right approach to ensure that they do their job. Your first priority is to find a reputable custom sign company that can produce signs with your information on them, but you'll also want to think about where and how you erect these signs. Your sign company may have some advice in this regard, but it doesn't hurt to visit other large properties, assess their wayfinding signs, and get a sense of what they've done well and poorly. Here are some tips for using your wayfinding signs effectively.

Don't Skimp On Them

You might think that you should have a wayfinding sign at each of the entrance points around your property, and this is certainly true. However, while these signs can help visitors to move in the right direction, they ideally need to be able to consult other signs along the journey — especially if the property is extremely large. It's never a bad idea to use a large number of wayfinding signs. Placing them near parking lots, at crossroads, near public transit stops, and in a number of other locations around the property will help people to move with ease and confidence.

Be Clear About Their Directions

A wayfinding sign typically features the name or a building or a company and an arrow that points toward this location. When you install your signs, you want to be careful to ensure that there's no arrow-related confusion. For example, if an arrow on a sign points toward three o'clock, but there are two pathways at about two o'clock and four o'clock, a visitor can justifiably be confused about which pathway to take. No one wants to get lost and feel as though the sign played a role, so ensure that you place your wayfinding signs in locations where their directions will be clear.

Think About What Most People Will Be Visiting

A wayfinding sign may have four or five entries on it, and you need to think about relaying the information that will be the most useful to a large percentage of people. You can't always list every building, department, or store on each wayfinding sign, so think about what the majority of visitors probably want to know. In the case of an outdoor mall accompanied with outdoor signage, directing people toward the major department stores and the food court will be more important than a niche store that few people visit. 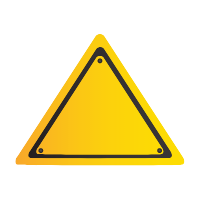